Apart from its white glaciers and black sand beaches, Iceland is also known for its green and purple skies. However, many things have to synchronize in order the see the Northern Lights in Iceland.

In this article I am going to talk about the best time to see the Aurora Borealis in Iceland and the best places to see it.

The first and most important thing is to set your expectations. Please, don’t make from seeing the Aurora Borealis a goal for your trip to Iceland.

You have to take into consideration that there’s a chance you won’t see it. Accepting this will eliminate the risk of leaving Iceland disappointed and frustrated. Instead, think of all the majestic mountains and breathtaking glaciers that you are about to see. Make them a priority and think about the Northern Lights as a bonus.

The best time to see the Aurora Borealis in Iceland

The best time of the year to see the Aurora Borealis in Iceland is starting with late August and ending with early April. For the dancing lights to appear on the sky you need total darkness.

This is why during the months with plenty of light it is not possible to see them. However, visiting Iceland during these ‘dark’ months does not guarantee that the Northern Lights will dance for you. There are many other unpredictable factors that influence whether or not the Aurora Borealis will appear on the sky.

To sum it up, there are 3 crucial things that need to happen at the same time in order for the Aurora Borealis to appear: darkness, solar activity, and clear skies. I wasn’t joking when I said that chances are you won’t see the Northern Lights during your trip but there is no reason to panic. With or without the green lights dancing on the sky, Iceland is still fabulous.

The best places in Iceland to see the Aurora Borealis

I would strongly recommend renting a car to chase the lights (check out these tips & tricks about driving in Iceland). This will give you the flexibility to drive to see the Aurora Borealis following the Aurora forecast.

Therefore, if you see an area with clear skies and good Aurora intensity, you can easily drive there and increase your chances of seeing it. However, if you don’t like spontaneity and would like to drive to one place and wait for the magical green lights to appear, below are some suggestions of amazing places.

Of course, there are many other amazing places to see the Northern Lights. The one thing that you must keep in mind when deciding where to go is to find a spot away from the city lights.

If you keep in mind the best time to see the Aurora Borealis in Iceland and actively look for places with clear sky and solar activity on this website, you will increase your chances of seeing the Northern Lights.

There is one more thing to remember: in reality, the dancing lights are not as bright as they appear in most of the photos. Almost all the shots are taken with long exposure. This means that the camera gathers the light particles from a longer period of time in one shot. Don’t be disappointed if the Aurora Borealis won’t look as bright in reality as it does in the photographs.

I think that the most important thing when starting the hunt for the Northern Lights is to adjust your expectations. Iceland is such a beautiful country and it has a lot to offer in terms of culture and nature. 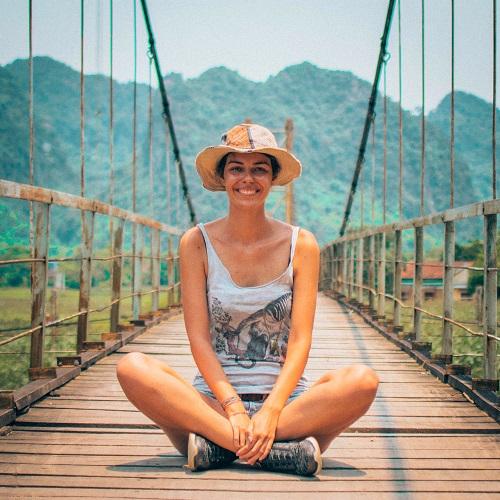 Hi there! I’m Aura and I'm a full-time professional blogger. I visited each destination showcased on this website and I am here to help you make the most out of your holiday. My guides are full of off-the-beaten-path destinations, travel f̶a̶i̶l̶s̶ stories, and practical tips & tricks.
May the travel bug bite you!