The Philippines at a Glance

Among the wonderful travel destinations of the world that I had the chance of visiting, the Philippines hold a very special place, with its wondrous natural beauty and infinite cultural diversity. The thousands of islands of the archipelago set in Southeast Asia form the Republic of the Philippines, with the capital of Manila.

Visiting this amazing country for one entire month was like a dream come true, as it offers so much more than one might think about. It offers some of the most enticing and intriguing travel experiences imaginable, from the countless pristine beaches to the serene natural wonders and from the endless variety of cultural sights to the welcoming nature of its people. I loved each and every moment spent in this spectacular country and invite you to see it at least once in a lifetime!

The following guide contains everything you might need to plan a trip to the Philippines, with things to visit and activities, daily budget or useful tips. I have included the most essential information about traveling to the Philippines.

The official languages of the Philippines are Filipino and English, both used in government, commerce, education or media. Nevertheless, this is the land of diversity and there are almost 200 individual languages identified around the islands of the archipelago. The Filipino language is a standardized form of the Tagalog language, with about a quarter of the population speaking it, mainly in Manila and major cities. It includes a lot of words borrowed from other languages along the centuries. English is spoken mainly in cities but you’ll find locals speaking it even in more remote areas. Just in case, install Google Translate on your phone (Android & iOS).

The official currency is the Philippine Peso, also known as the piso (PHP), which is divided into 100 centavos or sentimos in Filipino. Exchange rates are as follows: 1 USD is about 50 PHP (₱), while 1 EUR is about 56 PHP (for the latest conversion rates, use this website). I recommend exchanging money only in banks and official money changing offices. Credit cards are pretty popular in the Philippines, with many places, especially in the cities, accepting MasterCard, Visa, Maestro and other major brands. However, always take physical money with you when leaving the cities for distant travel destinations within the country.

Getting a Philippines Visa

As a matter of fact, it is fairly easy to visit the Philippines. Nationals of many countries can visit without a VISA for a maximum of 30 days. There are still some countries where people need to apply for a VISA at a Filipino consulate or embassy. If you want to stay over the 30 days duration of the VISA, there are immigration bureaus in most cities that can extend it for a fee.

The Internet is widely used throughout the country with a much lower coverage in the countryside and remote islands. Unfortunately, the internet speed is pretty low, yet there are internet cafes in major cities and the prices are very affordable. Most hotels have wireless internet. I recommend using a local SIM card. There are plenty of choices. Globe and Smart Prepaid SIM cards are the most popular and they can be bought from airports, shopping malls, markets and even small street shops. These usually are very cheap ($1-$2) and the vendor can help with activation or you can use this guide.

Tipping is not usually expected in the Philippines and is a rather new concept. Usually, the service charge (SC) will be included on the bill in restaurants and if it is not, then you can tip around 10%. You can also use this rate for tour guides, hotel employees or taxis.

Starting with 2010, the government has introduced a 250 Peso for each 10,000 transaction in ATM’s using foreign credit cards. There are still banks that let you withdraw without this fee.

The Philippines uses the power plugs type A, B and C (B works on A, C works with E and F), while the standard voltage is 220 V. To find out how each socket type looks, click here. I recommend buying a universal adapter like this one.

The climate of the Philippines is tropical, with high temperatures and high humidity throughout the year. The dry season lasts from November to April, this also being the best time to visit. Prone to typhoons from June to September, it would be better to avoid traveling during the summer.

Hiking Mt. Tapyas, Coron in 2020 – everything you need to know

10 Reasons why you SHOULDN’T visit the Philippines

A guide to Apo Island – Snorkeling & Diving with the turtles

Guiwanon Spring Park, Siquijor – All you need to know

20 AFFORDABLE THINGS TO DO IN BOHOL – with prices

Island Hopping Bohol – what you need to know

Bamboo Hanging Bridge, Bohol – what you need to know

7 Commando Beach, El Nido – everything you need to know

The best sunset locations in El Nido – a complete guide

Corong Corong Beach, El Nido – everything you need to know

Transport in The Philippines

Being an archipelago with thousands of islands, the easiest way to get from one island to the other is by plane, followed by ferries and boats, which are cheaper but a lot slower. Inside the main islands, roads are available between the main cities and towns, sometimes connected by ferries in order to reach other islands. The ferries run on both long and short distances. For longer routes, some of them even have beds and restaurants inside. To book ferries in the Philippines, click here.

Traveling by train in the Philippines is not very popular, as the Philippines National Railways only operates two long distance lines, the Bicol Express, from Manila to Naga and the Mayon Limited from Manila to Legaspi. The railway route network is expected to be developed in the future, but for now only these destinations are available. The train is usually as cheap and slow as the buses, yet more comfortable.

This is usually the cheapest, but also the slowest means of transportation within the major islands of the Philippines. The fares can be as low as 5-10 USD. From Manila, there are many bus companies leaving towards the provinces to the north and the south. The Jeepneys are the most popular type of transport in the country, transformed from old military jeeps to accommodate as much as 20 people, they usually stop when signaled. These are used within cities and between destinations that are closer to on another; they are very cheap but also very slow. Tricycles are also pretty popular and affordable.

Given its geography, the archipelago of the Philippines can best be explored using domestic flights and there are plenty to choose from. The Philippines Airlines, Cebu Pacific, Air Asia and other smaller companies operate flights between the major destinations like Manila, Cebu, Davao, Clark, Iloilo and more. Sometimes, there are even small airplane connections to popular resorts and islands like Siargao and Coron. 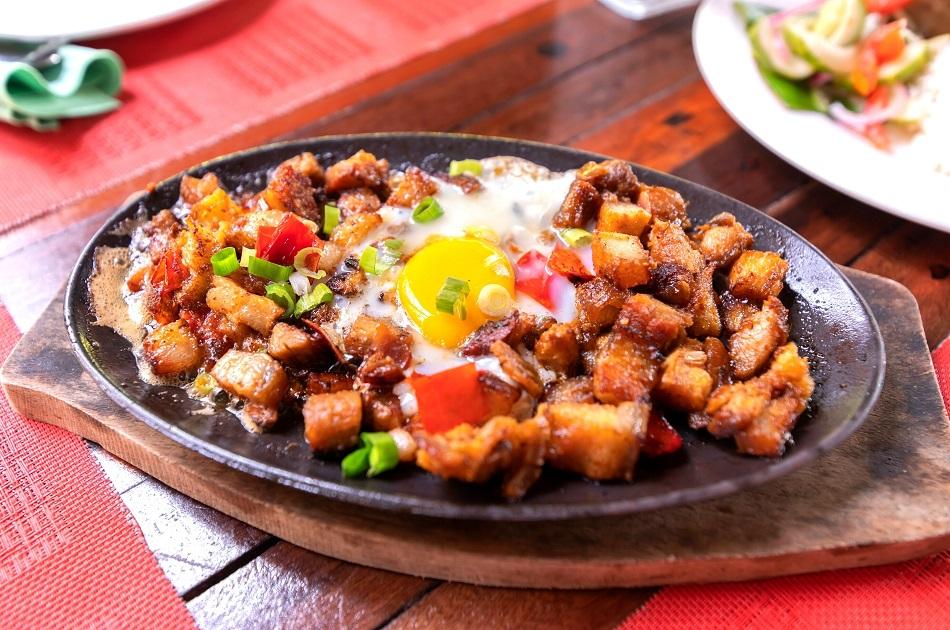 Best accommodation in The Philippines

The Philippines offers a wide variety of accommodation choices, from large luxury resorts to the cheapest backpacker hostels. However, compared to other countries in SE Asia, the accommodation in the Philippines is more expensive. To get a decent room with WiFi and air conditioning, expect to pay at least $50.

If the budget is not a problem, than a hotel is the best choice regarding comfort and services. The only platform I use when traveling is Booking.com and I warmly recommend it to anybody looking for a trustworthy platform. 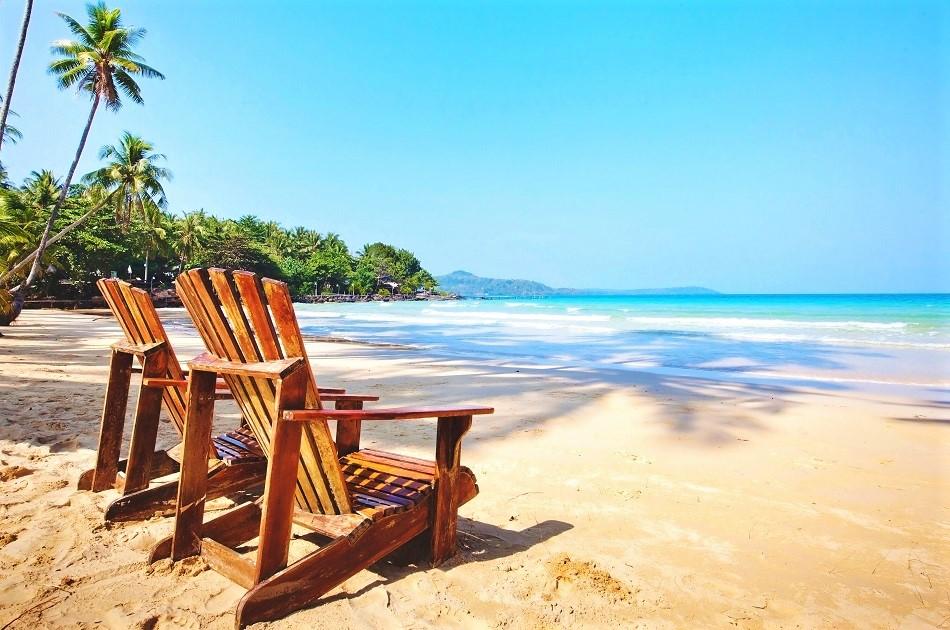 The tiny island of Boracay is the definition of heaven in the Philippines. It’s a symbol of tourism development even though it was closed down for a period due to high demand. 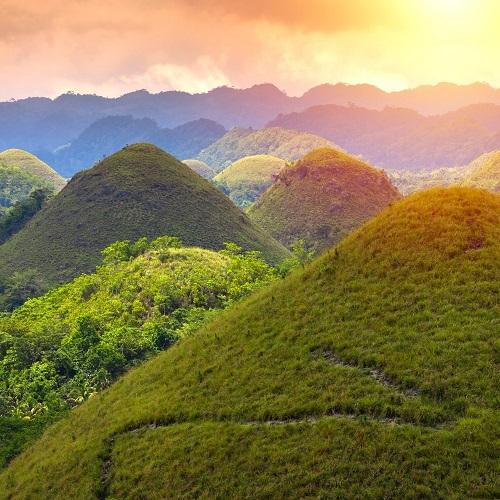 A unique and fascinating geological feature located in the Bohol Province, these round hills make for a spectacular sight, with about a thousand almost identical formations rising from the forests.

With a staggering range of places to see and things to do, island hopping in Coron is truly a memorable experience that can include beaches, lakes, lagoons, wrecks, small islands and caves.

With white sandy beaches and spectacular tiny islands offering unique thrills, the stunning Honda Bay makes for an unforgettable experience on the island of Palawan.

One of the most incredible and idyllic places in the archipelago, the cove impresses with its crystal clear turquoise waters, secluded beaches, lagoons and amazing caves.

For an unforgettable adventure in the Philippines, the tours available will take you to hidden beaches, lagoons, islands, caves and snorkeling spots.

Located in the south of Cebu Island, the series of waterfalls make a lasting impression on every traveler with their magical beauty, featuring crystal blue waters in the middle of the lush jungle.

Another enchanting place for an island hopping experience is Port Barton, with its own set of highlights, including vibrant coral reef where travelers can discover the underwater life.

Compared to other countries in Southeast Asia such as Indonesia, Vietnam, Myanmar, or Laos, the Philippines is a bit more expensive. Expect to pay a bit more for accommodation, food, and tourist activities.

10 Cool Facts about The Philippines

1. The Philippines is the only country in Asia with a Christian religion majority, about 80% of its population being Roman Catholic.

2. With 100 million people, the Philippines is the 12th most populous country in the world, also having a high growth rate.

3. The Philippines is the second largest archipelago in the world after Indonesia, with about 7000 islands.

4. The capital of Manila is considered to be the most densely populated city in the world, with over 43,000 people on square kilometer.

5. It’s the world capital of text messaging, with about 450 million text messages sent each day, as much as the US and Europe combined.

6. It has the highest rate of animal discoveries in the world, with 16 new species of mammals in 10 years.

7. Basketball and boxing are hugely popular in the Philippines and practiced on a large scale.

8. It’s the largest producer and exporter of coconuts in the world.

9. The Philippines’ flag is displayed reversed when at war.

10. One of the most intriguing dishes in the world is balut, a cooked duck embryo that is eaten in the Philippines and is supposed to be an aphrodisiac.

When planning for your trip to The Philippines, don’t forget about travel insurance! You never know what might happen and it’s best to be safe than sorry. Use the box below to get a quote for a travel insurance that best fits your needs.

What to pack for The Philippines – must-have items